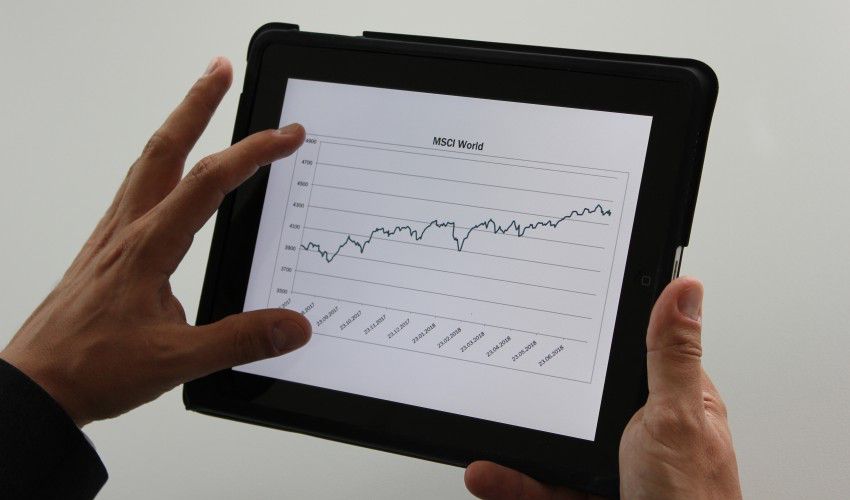 It was 2002 when Ben Bernanke wrote his well known paper about how to avoid deflation, mentioning helicopters dropping money from the sky – a fact, that caused his nickname „Helicopter Ben“ afterwards. The key message was, that in case of (possible) deflation the markets should be flooded with newly printed money, no matter what volume it would take to heat up inflation. And here we are, central banks all around the globe are doing exactly this in trying to avoid deflation and to boost economic growth.

But financial markets and the economy itself are extremely complex systems, where every action has not only direct effects, but a lot of other indirect effects often causing unexpected and unwanted outcomes or results. And that is what central banks and investors are facing nowadays by all those measures to deliver cheap liquidity to the markets.

Of course the US (and neither Ben Bernanke with his paper from 2002) have no copyright or patent on delivering cheap liquidity to the markets. Nevertheless the US were the first out there to implement corresponding measures after the financial crisis a few years ago. A move, that gained the US the first mover advantage and it was for sure a reason why the US economy recovered much faster and better than comparable countries and regions. The US lowered its interest rates to near zero percent in 2009 and initiated Quantitative Easing far sooner than other competing countries. This caused a very strong devaluation of the dollar (even if it was not a linear one) and gave the US and its companies a competitive advantage in regard of global trade. 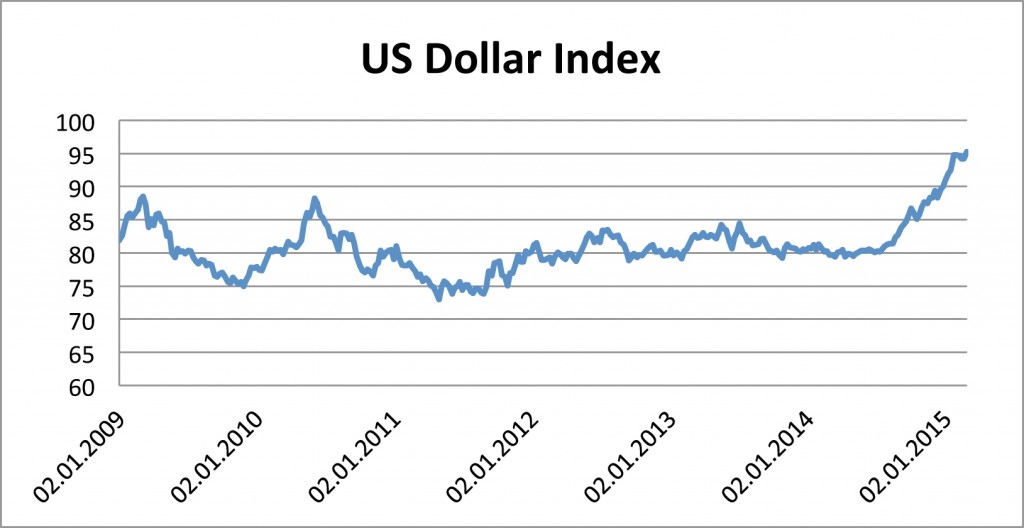 But this currency based support for the US economy has gone and the US Dollar emerged stronger than before. Other regions like the European Union started their own QE programmes and even if no one officially talks about a kind of a currency war emerged were the US does not look good currently. I remember a year a ago, when everybody talked about the FED raising the interest rates quite soon. Nowadays people are still talking about higher interest rates, but the voices have become much more cautious. The Fed seems to be aware that the US economy is not that stable even if the communication of the Fed shows another picture. Furthermore the Fed points out, that the decision regarding higher interest rates is also influenced by the situation outside the US, indicating that the global picture in times of cheap liquidity gets more and more important.

The QE programme of the US is running for six years now and there is a striking difference to the programme in Europe especially – the development of the yields. Even if the US held interest rates near zero for six years now and the run on treasuries was remarkable in this time, the yields over the whole curve are still positive. Now lets compare the European Union and Germany for example. On German Sovereigns you already need up to seven years maturity to even earn a positive yield – currently 0.035%. Below seven years an investor needs to pay in to be part of the party. And you should never forget that Europe just started its QE programme.

We wrote about the negative yields in sovereigns a few weeks ago and it is really a remarkable fact. Cause a few years ago people did not even think about a scenario with negative yields, cause it simply seemed implausible. I remember the discussions regarding the German Bund Future then, when Investors asked about the maximum level of this derivative benchmark for German yields. And the answer always was 160 – cause if the Bund Future would rise above 160, this would mean negative yields, which was really just a theoretical scenario in the past.

When writing this blog I made a little research in the internet about the „maximum of the Bund Future“-issue and found some interesting articles from a few years ago. One of them was written in December 2011 in the Swiss Newspaper „NZZ“ with the headline „The Absurd World of the Bund Future“[1]. Within the article the author states: „Mathematically the maximum value of the Bund Future lies at 160 points or 160%. If a bond with 10 years term, which pays 6% every year, would cost more than 160%, the yield would be negative. Negative yields for German sovereigns are possible from a theoretical standpoint, but unlikely in the longer term. From a practical standpoint and based on the current yield level as well as on economic calculations the maximum for the Bund Future is at 147 points.“

Well…currently we have a Bund Future of 156.72….still in territory with positive yields, but we already know, that negative yields for German sovereigns are not a theoretical scenario anymore. But the article mentioned above continued….

„There exist a lot of Short-Knock-Out-Certificates, which gain in value if the Bund Futures falls. Investors can choose which leverage to use according to there own discretion. The trick is that the barrier the Bund Future has to breach is so high, that it practically can not be reached – so higher than 160 points. Investors simply could buy Bund Future-Puts (with a built-in Knock Out) and wait until they earn money. You could even speak of an implied capital guarantee in those products if you don’t think of the issuer risk and a scenario, where the bond market throws overboard all its theories.“ 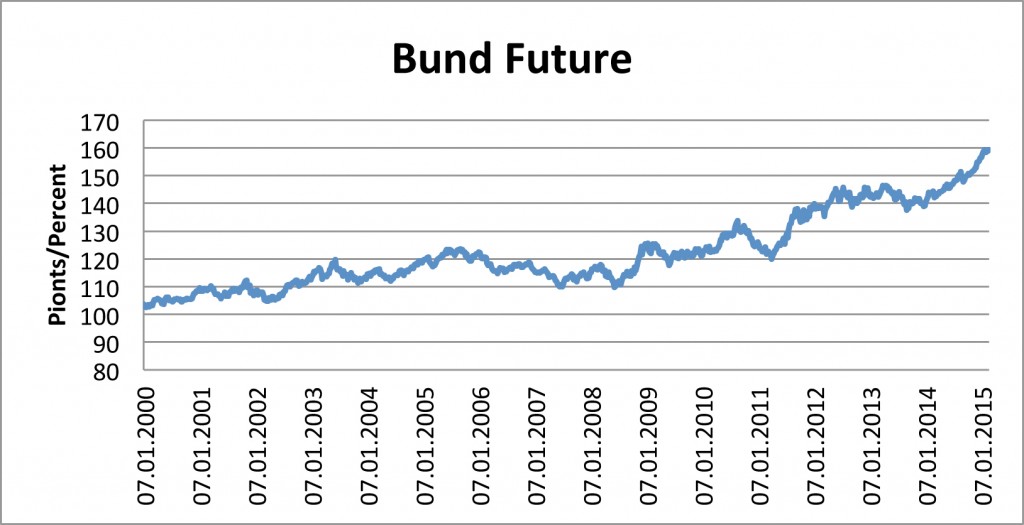 I can only hope, that the author did not follow his own advice and invested in this „capital guaranteed“ products but allowed for the theories to become invalid. Cause otherwise he will for sure have some sleepless nights on those investments.

Overall this was just an excursion to demonstrate how implausible negative yields were a few years ago. But negative yields not only are a new phenomenon investors and private households have to live with, they also threat business models. Business models which are extremely important for the economy. Just think of insurance companies or pension funds. In their business models they try to immunize long term liabilities by matching the duration of their investments earning an attractive yield. But with the current yield environment insurance companies and pension funds will find it tricky to pay the claims of the future with assets of similar duration.

In general investors either have to switch to assets with a clearly higher risk to earn decent yields or increase the saving rate. Switching to riskier assets not only means a higher probability for losses, but stretches the valuation of those asset classes and also increasing the amplitude for possible losses. Increasing the saving rate on the other hand means less capital for consumption – especially regarding private households – leading to lower economic growth. So saving more and increasing the risk the savings are invested results in a suboptimal prerequisites for a stable economy and stable financial markets.

Especially in a situation like today it is important to think about your investments twice and if it really makes sense to accept the low yields on the one hand and to take the high risk on the other hand. Even if the market environment seems difficult, there are ways to create attractive solutions with decent and constant returns. We at INNOVATIS would be happy to present some of those solutions and their reasoning to you. 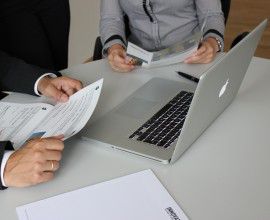 The trend is your friend….that’s maybe one of the most quoted sayings in the financial markets. And basically it’s right, as long as you are riding the trend in the right direction and are (hopefully) able to exit your position before it ends. Anyway, you should neither rely on a trend, nor should you rely […]