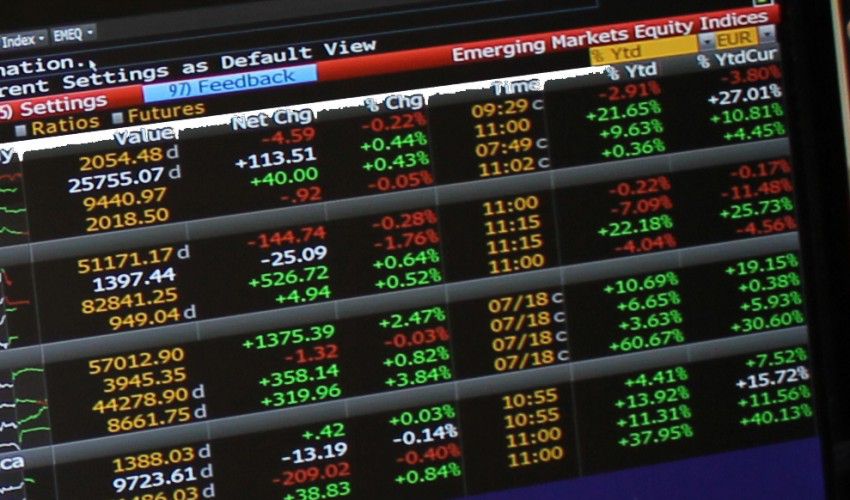 As a big surprise Donald Trump has been elected as the 45th U.S. president. Thus we send you an update on our investment blog (http://www.innovatis-suisse.ch/investment-blog-on-presidential-elections/)

What has happened so far?

Asian markets have experienced a knee-jerk selloff in stocks and a rallye in haven assets as investors were surprised of Donald Trump’s victory in the U.S. presidential election. S&P 500 futures dived as much as 5%, the Nikkei 225 has closed -5.36%, Gold jumped 5% up, the Mexican Peso plunged as much as 15% leading emerging-market currencies lower amid concern U.S. trade policies will become more protectionist.

What will come next?

Trump, 70, never held public office, will have a Republican-controlled Congress to enact his agenda and the ability to appoint Supreme Court justices in the coming years. When sworn in on Jan. 20, Trump will preside over a government he’s called corrupt and unworthy of trust. Trump will probably undo many of Obamas accomplishments, including Obamacare, unwind trade deals, and seek tax cuts for the rich. It’s not clear who will populate his cabinet. Many prominent Republicans have said they don’t intend to serve with him.

What are Trump’s key priorities?

While both his current agenda and advisors are still unknown, we have to deal with his priorities he claimed during his campaign:

Trade: Trump has pledged to take a hard line against U.S. trading partners, including top allies, by seeking to renegotiate or nullify existing trade deals, and he plans to take a protectionist approach with China, which he has accused of manipulating its currency to undercut U.S. industry. One of Trump’s top targets: The North America Free Trade Agreement, or NAFTA, a deal between the U.S., Mexico and Canada, signed by President Bill Clinton in 1993. Trump called it the worst trade deal in U.S. history. He’s also promised to abandon the Trans-Pacific Partnership trade deal between the U.S. and 11 Pacific Rim nations. Congress has yet to ratify the pact, which was supported by President Barack Obama and opposed by both Trump and Democratic candidate Hillary Clinton.

Health Care: Trump is expected to immediately undo the Affordable Care Act, also known as Obamacare. Some of the law’s popular consumer protections will likely remain in place, including the requirement that insurers cover everyone regardless of their health and the prohibition against charging sick people higher premiums. About 20 million people who didn’t previously have health insurance gained coverage under Obamacare. Trump has offered no estimate of how many of them would be insured under his approach.

Taxes: Trump’s tax plan largely adheres to Republican doctrine, offering a historic across-the-board cut in rates. He promised to cut top rate of 33 percent from 39.6 percent and the U.S. corporate tax rate to 15 percent, down from 35 percent. The conservative Tax Foundation found that Trump’s tax plan may reduce federal revenue by at least $2.6 trillion over 10 years, after accounting for economic growth that his proposals might stimulate. The center-left Tax Policy Center found that the 10-year reduction in revenues would be $6.2 trillion, and that the top 1 percent of taxpayers would receive almost half the benefits.

Immigration: Trump said his first day in office would be devoted in large part to beginning an overhaul of the U.S. immigration system, tripling the number of immigration control agents, deporting more than 2 million people with criminal records, building a border wall to Mexico and making them pay for it. Legal immigration from several countries will be completely banned.

Trump’s election is causing a lot of uncertainty currently and in the near future. Erwin Lasshofer and his INNOVATIS team expect this to continue during Trump’s full presidency. Although we can observe which advisors he appoints and which agenda he select we expect him to change them really quick and cause new surprises. Despite this should have limited effects on the U.S. economy in the long-term it will certainly cause some market turbulences in the short run. This means a more volatile markets than recently and more opportunities for great structured products. We are willing and ready to exploit these opportunities for the benefit of our clients. The easiest way to do so is our Managed Account.