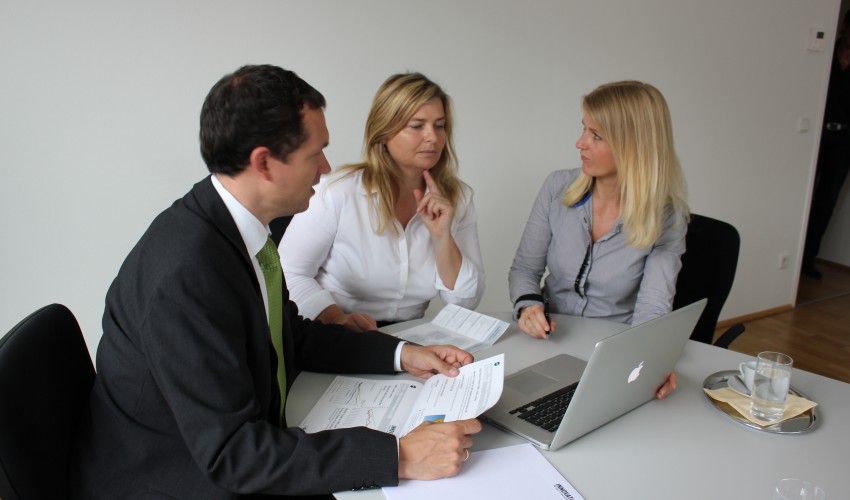 Greece will continue to dominate the headlines for the next months. Clashes between the Mediterranean nation and its creditors shake up markets. People in Greece and in the rest of the European Union are split over the question of how Europeans should handle the situation and whether or not Greece should stay a member in the European Monetary Union.

Greece and its Euro Membership

Greece has a population of 12 million people and is located at the crossroads of Europe, Asia, and Africa. In 1979 the accession of the country in the European Communities and the single market was signed and in January 2001 Greece adopted the Euro as its currency.

In 2009 Greece revealed a deficit that was four times what the euro rules allowed. Greece received a total of 240 billion euros in EU and IMF funds and forced creditors to write off 100 billion euros of privately held bonds. In return lenders pushed for spending cuts and an overhaul of everything from labor rules to taxi licensing.

Accordingly 255’000 government employees were laid off, retirement age was raised from the lowest to the highest levels in Europe and the budget deficit has been decreased rapidly despite increasing social spending. During the following years unemployment tripled, youth unemployment reached even 60 percent and the Greek GDP fell by one quarter. This equals about the magnitude of the Great Depression in the 1930’s. See below for a comparison of Greek vs. Euro Area GDP for the last ten years.

In January 2015 Greek Prime Minister Tsipras came to power on a promise to undo the economic medicine that shrank its economy. He quickly had to backtrack from writing off some off its 320 billion euro debt. However he reached an four-month loan extension, but only on the condition to comply closely with the existing bailout deal.

Many economists agree with Tsipras that Greece’s debt is too large for it to pay. Even the IMF said that for new budget targets to achieve sustainability, significant new financing and debt relief would be needed. On the other hand Europe won’t discuss debt relief until Greece has put its public finances on a sustainable footing. Recently also ECB President Draghi said that there was no doubt Greece’s need for another kind of debt relief. However lenders could not agree yet in which way this should happen.

Economic development in Greece is a huge challenge for its leaders. Greece’s debt is even further increasing relative to its shrinking economic power. Even worse it is a threat to democracy in a European country that was ruled by a Military Junta ending just 40 years ago.

European leaders are afraid of the moral hazard caused by an easy-going handling of the situation. While they could afford to bailout Greece again they could not afford to do so for Spain, Italy or even France. Now they push Greece to strictly abide by the rules despite not being so strict many times before. While the Euro rules limit the Debt-to-GDP ratio at 60% Greece has been granted access to the Euro with a level of 104.5% in 1999 and Italy never was below 100% during the last 20 years. Since 2009 just a minority of EU members were in compliance with the annual 3% deficit limit.

The rest of the world such as the U.S. and or the IMF are afraid of turbulences at financial markets spilling over to them. Thus they push Europe for a quick solution of the situation.

What really heats up the situation and calls for urgent action is the capital drain of Greek banks – see chart below. While Greeks suffer from their shrinking economy they start a vicious circle. They are afraid of a general bank collapse and withdraw their money or transfer abroad which might actually cause the collapse. ECB President who calmed down markets with saying “ECB is ready to do whatever it takes to preserve the euro” when Spanish and Italian interest yields soared, this time introduced capital controls on Greece instead. And there is no doubt that limiting bank withdrawals to 60 euros per day is another heavy burden for Greek economy.

Outlook for Europe and Greece

Greece would be rather cheap to safe. In 2014 its GDP made up just 1.3% of European Union. However this time European (Monetary) Union is very much focused on principles it failed to introduce or to enforce so far. Europe could gain stability from such generally enforced and accepted rules. Right now it rather seems to destabilize the European Union as a whole.

A debt cut appears inevitable. Greece economic situation is disastrous and the debt way to high to be repaid. Greece and the IMF want this to happen soon. Europe as the main lender prefers to avoid it as long as possible and may be able to do so. That’s why Erwin Lasshofer and his INNOVATIS team expect some sort of compromise and no material change of the situation.

Will Greece leave the Euro? The European Monetary Union was designed as a one-way road. There is no easy way out. On the long run a “Grexit” might help Greece to regain international competitiveness by devaluing its own currency. However beside shipping and tourism there is virtually no export industry that might weigh up the welfare loss from increasing import prices. On the short run A “Grexit” might cause chaos and an even more economic sacrifice. We expect Greek’s political leaders to focus on the short run, i.e. keeping the euro. This is also be preferred by the majority of Greek voters – so far.

Other Options? The European Monetary Union would need a common fiscal policy with internal transfers from rich to poor countries. While this is a matter of course inside European nations it will be hard to get acceptance from tax-payers of rich European countries.

However we have known the European Union as a home of compromise. We are experienced in cutting down decisions as far as need. This can take a while. So probably Draghi is needed again – this time to restore trust of Greeks in their bank accounts.

Financial markets seem to be fairly prepared. Recently European investment fund managers have increased their cash allocation to a six-year high. And there is not much absolutely unexpected to come from Greece anymore. Major forecasters tracked by Bloomberg have not lowered their year-end estimates. UBS even increased it projection this month citing better than expected earnings growth and a turn in the economy.

Erwin Lasshofer expects political and financial volatility to stay in the market. This might even further delay a possible rate hike by the Fed. In the unlikely though always possible event of a “Grexit” we expect European equity markets to drop 10-20% in the short term. In the long term we are  positive and expect increasing markets.

The trend is your friend….that’s maybe one of the most quoted sayings in the financial markets. And basically it’s right, as long as you are riding the trend in the right direction and are (hopefully) able to exit your position before it ends. Anyway, you should neither rely on a trend, nor should you rely […]